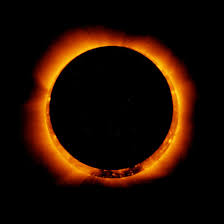 Solar Eclipse & New Moon in Leo On Monday 21st August the whole of North America will be witness to a total Solar Eclipse the likes of which will not have been seen in that part of the World since 1918.

As the Moon completely covers the Sun with a perfect alignment occurring between the Sun, the Moon and the Earth, many States of America will be submerged into darkness for a few minutes. Birds will stop flying and the whole of nature will catch its breath as the Moon sweeps across the Sun. Here in the UK if you’re lucky enough to be under a clear sky you may see a very slight eclipse of the Sun about supper time; still worth viewing but nothing like the total eclipse being witnessed across the United States. 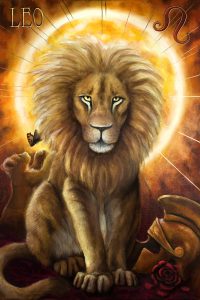 Solar Eclipse & New Moon in Leo! So what does this represent in Astrology? Well the eclipse is happening in Leo at the same time as a New Moon in the same sign. The New Moon heralds new beginnings but with the eclipse occurring on the same day and in the same zodiac sign this will increase the length of time and significance of what you are putting in place right now. Normally we talk about the number of weeks ahead for future plans with a New Moon but what you put in place now with the eclipse occurring as well has the potential to last for several months.

Whatever happens with this eclipse is going to be significant and, I hope, in a very positive and revolutionary way. The position of Uranus in the skies whilst the eclipse is happening is very important and in pragmatic astrology Uranus signifies innovation, change, inspiration and lateral thinking. Leo allows us to be recognised for our ‘specialness’ through constancy, power and fire of the heart. This is an extremely creative and courageous sign being ruled by the Sun; it allows for self expression with enthusiasm and a great faith in life but this faith relies on unwavering love and support from others – it’s an energy that does not operate well in isolation. 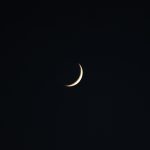 Solar Eclipse & New Moon in Leo! As you put your plans together, think a little bit further ahead than usual and make significant changes where they are needed. Keep your attitude positive and enthusiastic, come what may and don’t be fearful of this amazing alignment, welcome it with open arms. It’s a great opportunity to ring in some changes no matter how scary and unfamiliar that may feel. We are going to have to think outside of the box to make sense of some of the opportunities that lay ahead but this, in turn, will engender creativity and uniqueness and when we allow ourselves to follow the path to the Sun then we will truly be working from our hearts.

This Blog has been brought to you by Star Planners Astrology – You Full Potential Unlocked.